A Gantt chart is a graphical representation of the duration of tasks against the progression of time. Gantt charts are useful tools for planning and scheduling projects.

Terminal elements and summary elements comprise the work breakdown structure of the project.  Some Gantt charts also show the dependency relationships between activities.

Use a Gantt chart to plan how long a project should take.  A Gantt chart lays out the order in which the tasks need to be carried out.

Henry Laurence Gantt, an American mechanical engineer, is credited with the invention of the Gantt chart.

A Gantt chart lets you see immediately what should have been achieved at any point in time.

A Gantt chart lets you see how remedial action may bring the project back on course. Most Gantt charts include “milestones” which are not part of a traditional Gantt Chart.

However, for representing deadlines and other significant events, it is very useful to include this feature on a Gantt chart. 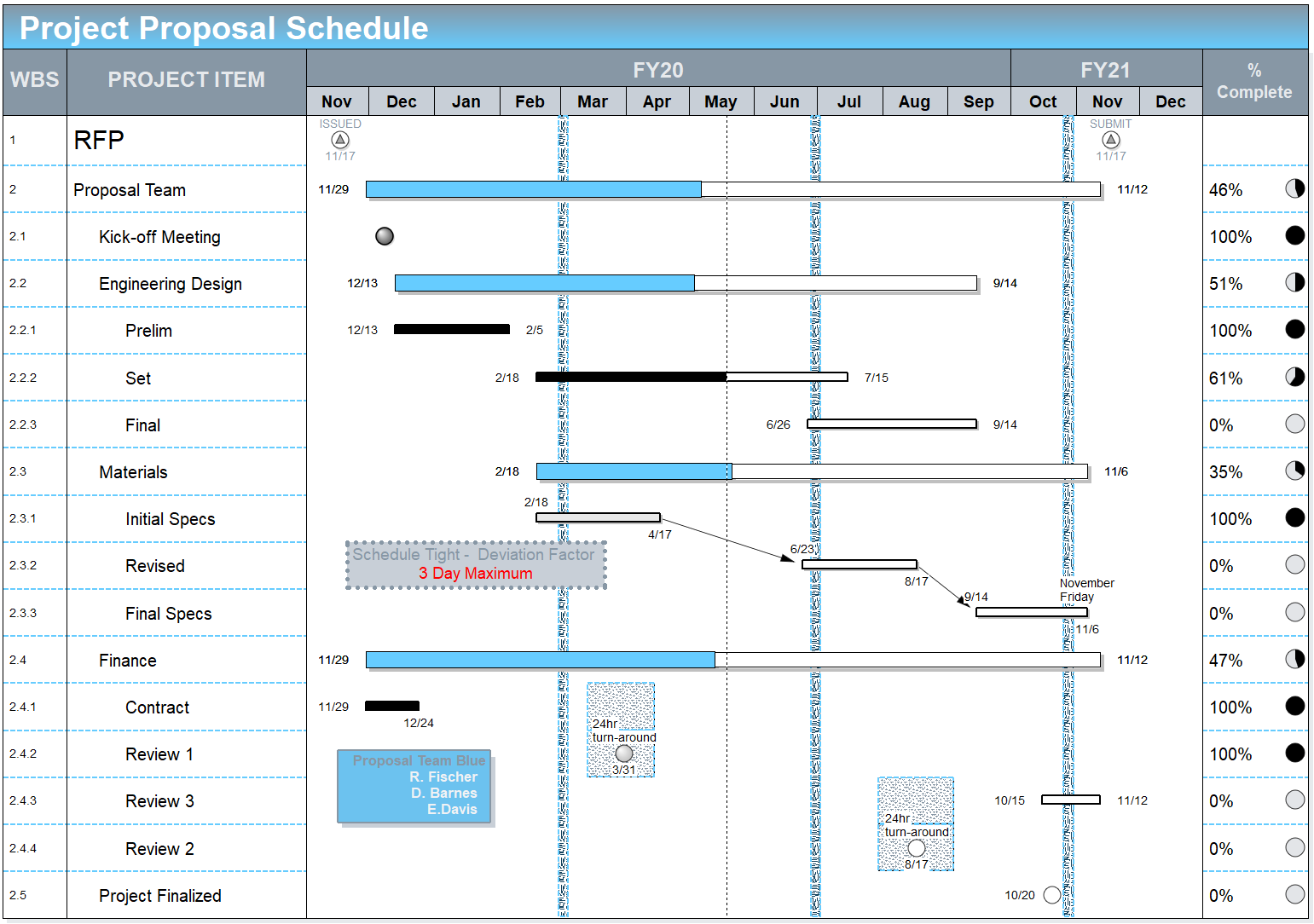